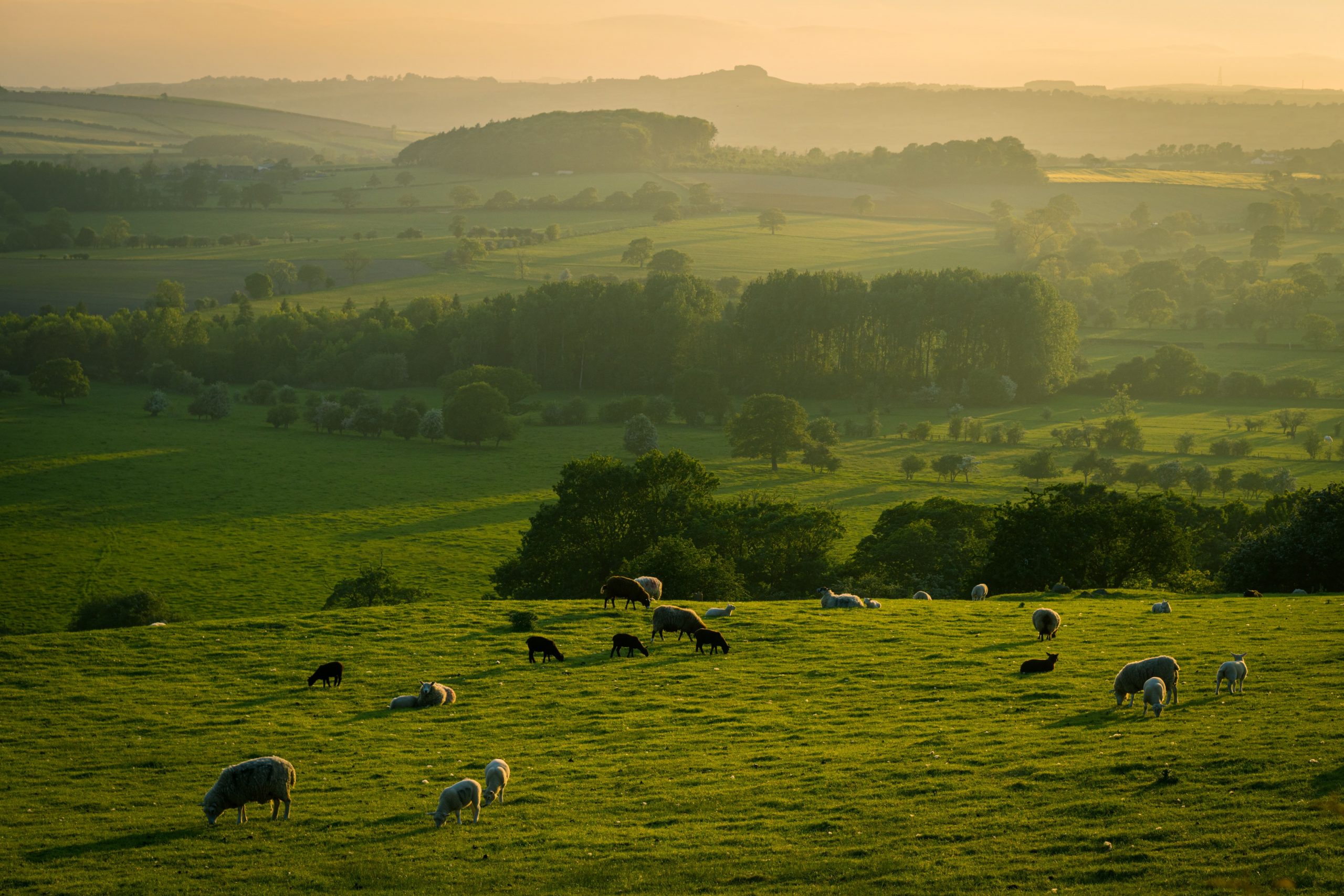 If you’re considering switching broadband providers, you might assess different companies based on their speeds, customer service, and value for money.

However, in 2021, it’s now impossible to ignore climate change, and the impact that global warming is having on our world. We are speaking with many consumers who are increasingly concerned about the environmental impact of their broadband buying decision.

This is why we decided to analyse and compare the environmental sustainability of the UK’s largest broadband providers.

After assessing the carbon footprint of each provider, we found that Zen was the UK’s greenest ISP, followed by Sky and BT.

Shell Energy Broadband, KCOM, and TalkTalk were the worst performers in the index.

The complete rankings, and each provider’s score, can be seen below.

Note: please use the scroll bar at the bottom of the table to view complete results.

Zen Internet performed well in almost every category we assessed as a part of our analysis.

The company is currently carbon neutral, unlike almost all other British broadband providers, and aims to reach net zero emissions by 2028. By contrast, BT and Sky aim to achieve this goal by the year 2030.

Zen already uses 100% renewable electricity, and recovers or recycles 100% of the waste that the company produces.

Also, Zen is also the only company on this list to be a certified B Corporation, which means that its social and environmental performance is assessed every three years by B Lab, a not-for-profit organisation. Being a B Corporation means that Zen is legally obligated to consider the impact of its business decisions on the environment. No other large British broadband provider has achieved this certification at this stage.

The only area of concern with Zen is that the company is not currently refurbishing or reusing the routers that customers have finished with – instead, customers are encouraged to use local recycling facilities. However, the company is in the process of setting up a router refurbishment scheme.

We were quite impressed with Sky Group’s efforts when it comes to environmental sustainability, and their plans for the future.

Sky has been carbon neutral since 2006, and aims to achieve net zero emissions by 2030. The company is the only major provider, other than Zen, to have achieved carbon neutral status.

Also, Sky uses no single-use plastics when sending broadband routers or TV boxes to customers. Most other providers either aim to eliminate unsustainable packaging materials by 2025, or have no objectives in place in this area. Across the Group, 92% of waste is recovered or recycled, and customer equipment is refurbished where possible.

Although Sky does not publish detailed year-by-year emissions data, emissions have fallen 22% since 2018. It would also be good to see Sky accelerate its efforts to reduce carbon emissions associated with its vehicle fleet. Of the company’s approximately 5000 vehicles, only 151 use hybrid technology, and Sky aims to have zero emissions across the fleet by 2030.

BT has achieved good progress in reducing its carbon footprint, having reduced emissions across the group by 57% since 2017. The company also uses 100% renewable electricity, and recovers or recycles 99% of the waste it produces – including by refurbishing routers and TV boxes.

Because BT owns Openreach, the company responsible for maintaining the broadband infrastructure that most providers use, emissions across the vehicle fleet are a key area of concern for BT. Openreach has more than 28,000 vehicles, and these account for two-thirds of BT’s total emissions.

BT aims to transition to 100% electric vehicles across the Openreach fleet by 2030, and has stated that it will transition at least a third of its vehicles by 2025. Currently, there are some electric vehicles in operation at Openreach, and the company is only purchasing EVs to replace diesel vans and cars where necessary. However, it is unclear exactly what proportion of BT’s fleet is currently electric.

BT also scored bonus points for its commitments around single-use plastics. The company has promised to make all plastics sent to customers recyclable or compostable by the year 2025.

Vodafone has made a number of strong environmental commitments, especially when it comes to reducing carbon emissions.

Although Vodafone is not carbon neutral, the company has pledged to achieve net zero by 2027, and has reduced its emissions by 37% since 2019. Vodafone also uses renewable electricity, recovers or recycles 99% of the waste that the company produces, and aims to eliminate all direct waste produced by the year 2025.

Also, when compared to the other providers assessed, Vodafone has been particularly aggressive in its goals to reduce the environmental impact of its vehicle fleet. The company aims to eliminate vehicle emissions from all cars and vans by 2027.

The main area that lets Vodafone down is its failure to enable customers to easily return their equipment for recycling and refurbishment. Some customers have reported that they have been told to recycle their routers themselves – the company does not have a router refurbishment scheme.

Similar to BT, Virgin Media aims to transition its entire fleet to electric vehicles by the year 2030. Currently, about 6.5% of Virgin Media’s fleet are EVs.

Virgin Media has the most aggressive net zero target date of any major British broadband provider, aiming to achieve this objective by 2026. The company has made good progress in reducing emissions – they have fallen by 46% since 2014.

However, Virgin Media only recovers or recycles 80% of the waste that the company generates, although they do refurbish old routers and TV boxes. The company aims to increase this number to 95% by the year 2025.

Virgin Media has stated that it aims to eliminate single-use plastics from its packaging, but has not put a date on doing so at this stage. The company has taken steps to reduce the amount of materials required to manufacture its TV boxes and routers, and reduce the amount of packaging used for its products.

TalkTalk is the largest broadband provider in the UK to not have a net zero target date. While other providers are aiming to achieve net zero by sometime between 2026 and 2030, TalkTalk states that it supports the British government’s goal of net zero emissions by the year 2050. Only TalkTalk Business has a net zero target of 2030.

The company has not published any recycling targets, and has not revealed the proportion of waste that it recovers or recycles. However, TalkTalk has used 100% renewable electricity since 2020.

To give credit to TalkTalk, the company has reduced emissions at its offices and data centres by 60% since 2015, which represents good progress. It would be good to see TalkTalk specify a company-wide net zero target date prior to 2050, as well as better-defined waste reduction targets.

KCOM is another broadband provider that does not have a defined net zero target date as a company, nor is the company currently carbon neutral. It is also unknown how much KCOM has reduced its carbon emissions over the previous decade. While some sustainability reports are published online, the company does not report on carbon emissions to the public. We reached out to KCOM for this information but did not receive a response before our deadline for publication.

The company has a fleet of approximately 200 vans, 5 of which are currently electric. However, KCOM has not set any defined targets for the electrification of its fleet.

KCOM does use 100% renewable electricity, and recovers or recycles 97% of the waste it produces, which is better than many other providers currently achieve. However, the company does not refurbish routers – customers are encouraged to dispose of their own equipment when it is not required to be returned.

In researching Shell Energy Broadband, we tried to find as much information as possible that pertained to Shell’s broadband operations, or at the very least its British consumer energy operations. However, little information in this area was forthcoming, therefore our analysis was based primarily on the environmental performance of Shell as a whole.

Shell Energy Broadband ranked the lowest on our list because:

We assessed the performance of the eight largest British broadband providers, based on subscriber numbers available from ISPReview.

We only included large companies because smaller companies have fewer resources available to allocate towards reducing their environmental footprint. From our research, almost no small internet service providers use 100% renewable energy, nor have a net zero target date.

For companies with multiple broadband brands (such as BT and Sky, which also sell broadband under the names Plusnet and NOW Broadband respectively), we looked at combined performance across the group.

We did not scale our ratings based on the subscriber counts of each provider. BT, which ranks second, almost certainly has a larger overall carbon footprint as a company than KCOM, because it is a larger business. Instead, we rated each provider’s performance based on the progress they have made towards reducing emissions and reducing waste, as a proportion of their existing environmental impact.

We assessed each company in the following qualitative areas:

We relied on publicly-available information to perform this analysis. We also reached out to some providers where the clarification of certain information was necessary. We do not guarantee that all the information contained is complete, since we relied heavily on publicly-released data.

Should you only buy broadband from a green provider?

If you are concerned about your household’s carbon footprint, your broadband is not going to be the biggest influencing factor on your environmental sustainability. Other choices such as your energy provider, modes of transport, and even the food you eat are likely to have a higher influence.

However, if you want to minimise your carbon footprint, it’s still worth exploring the environmental policies of each broadband provider you’re comparing. Fortunately, if you’re looking for a provider that cares about reducing its environmental impact, there are plenty of good choices. Zen, BT, and Sky all offer competitive broadband deals.

Essentially, you don’t need to only buy broadband from green providers. But if you want to support companies that are making an effort with their environmental policies, there are lots of good choices available.