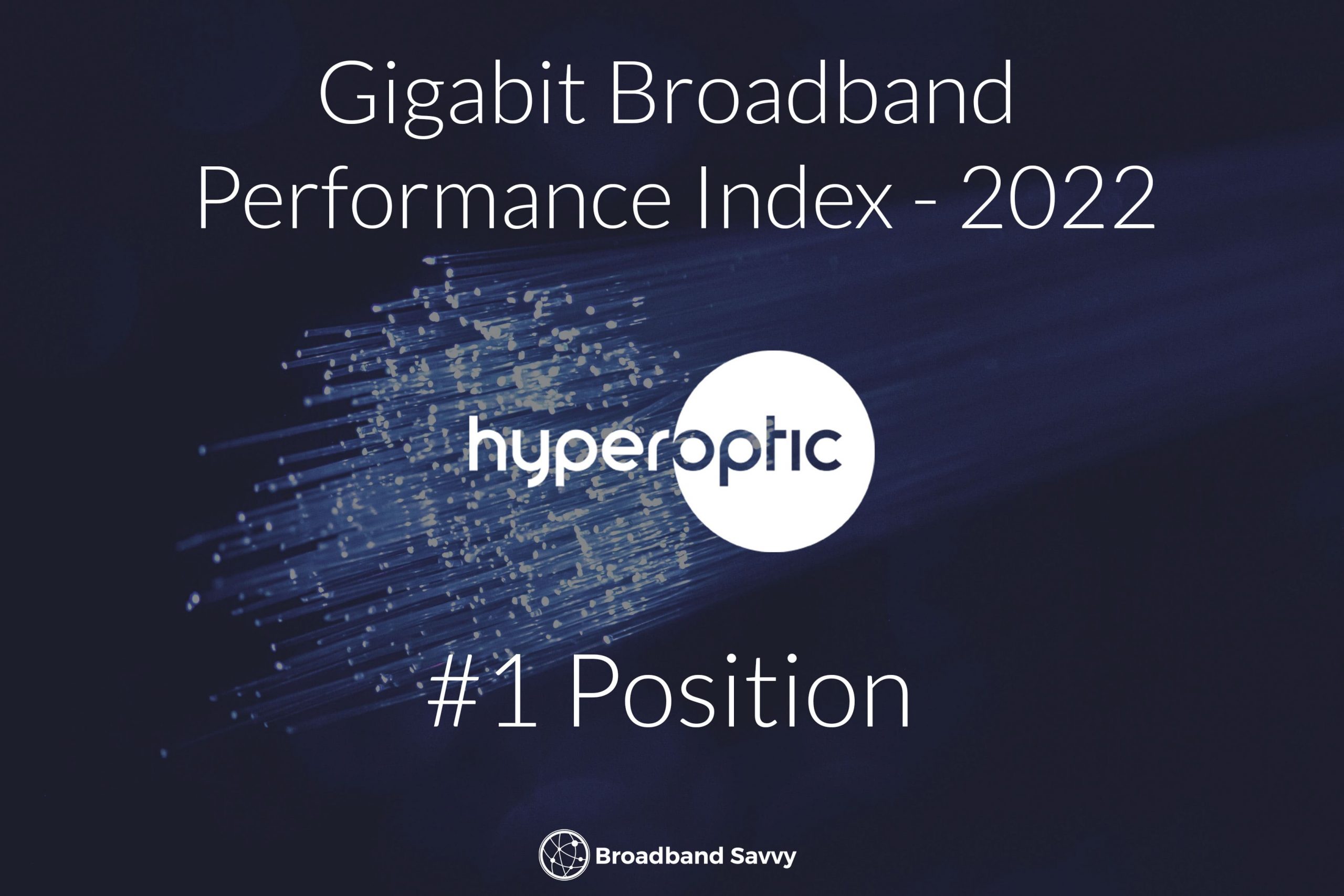 Over the previous decade, we have seen numerous new competitors enter the British residential and commercial broadband markets.

The majority of these new providers are rolling out gigabit fibre-to-the-premises networks, which has been fantastic to see. The market desperately needs more competition, to ensure that when we enter the gigabit age, consumers are not locked out by high prices set by the incumbents.

Here at Broadband Savvy, each year we assess the performance of Britain’s full fibre broadband providers, to see which ISPs are performing the best.

We assess the coverage levels and speeds of each provider, as well as the prices that they each offer. Much of the value of having full fibre broadband in the UK is lost if no one can afford to use it. 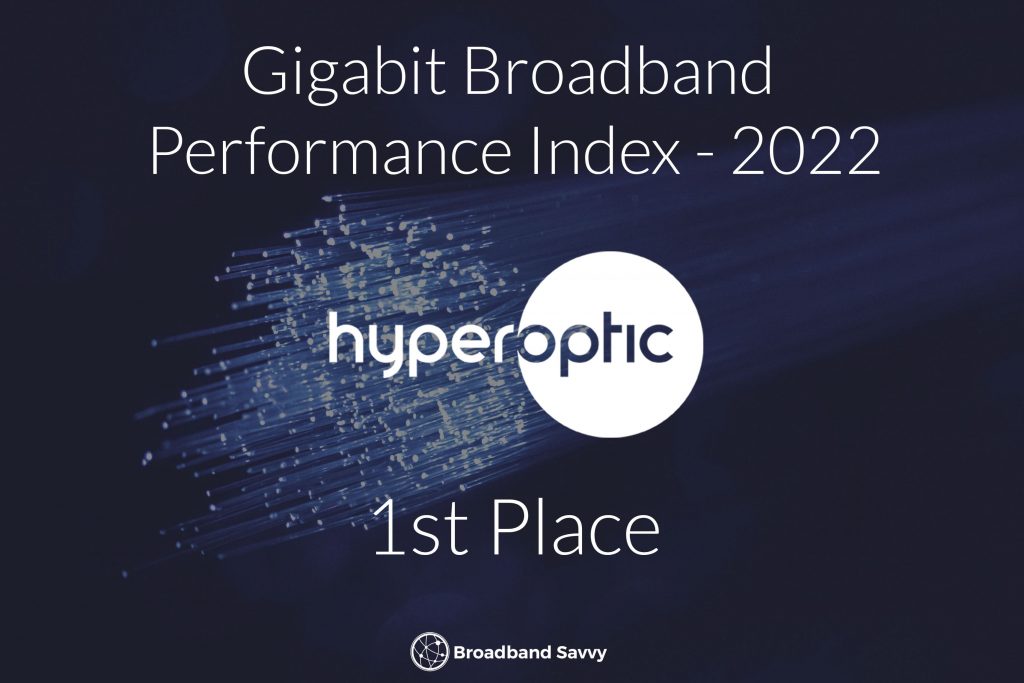 Hyperoptic topped the rankings, due to their competitive monthly costs, lack of upfront costs, symmetrical download and upload speeds, and contract flexibility.

No other full fibre broadband providers currently give you the flexibility to buy gigabit broadband on a 1-month, 12 month, or 24 month contract. And as a relatively new entrant to the British broadband market, the fact that Hyperoptic now covers more than three-quarters of a million homes and businesses is very impressive. 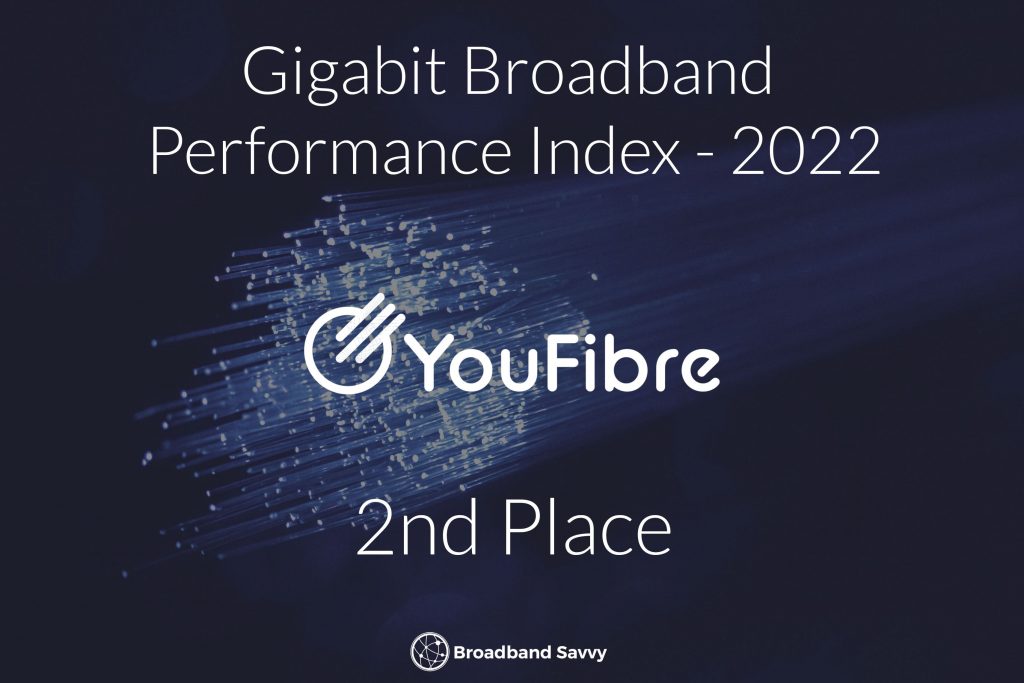 YouFibre also performed very well, as their prices are also very competitive in the areas they service. Although YouFibre currently only covers about 50,000 premises, they offer good contract flexibility, offer symmetrical download and upload speeds, and only increase your monthly cost by £10 at the end of your contract.

The two largest fibre broadband networks in the UK, namely Openreach and Virgin Media, both performed well in some areas. However, they were let down by lacklustre upload speeds, as well as high monthly costs – especially in the case of Virgin Media with their cable broadband technology.

KCOM came last in the rankings, as the most expensive gigabit broadband provider in the UK. Residents of Hull and surrounds have to pay nearly twice as much as Hyperoptic customers to access gigabit broadband, and they only get upload speeds of 180Mbps. Fortunately, KCOM does not automatically increase your monthly cost at the end of your contract, however they do leave the door open to mid-contract price rises.

To assess the current performance of each gigabit network, we took into account:

After assigning scores for each factor, we totaled the number of points for each broadband provider.

The providers and networks we assessed were:

Each network had to cover at least 50,000 premises in the UK, as of the latest data released by the supplier.

To assess Openreach performance, we chose to analyse costs based on the cheapest full fibre provider, in terms of its monthly cost, which at the time of writing was Shell Energy Broadband. We recognise that other providers will offer different contract length options, and different upfront/monthly cost structures. For all other networks, we assessed residential pricing when buying from the network provider’s website directly.