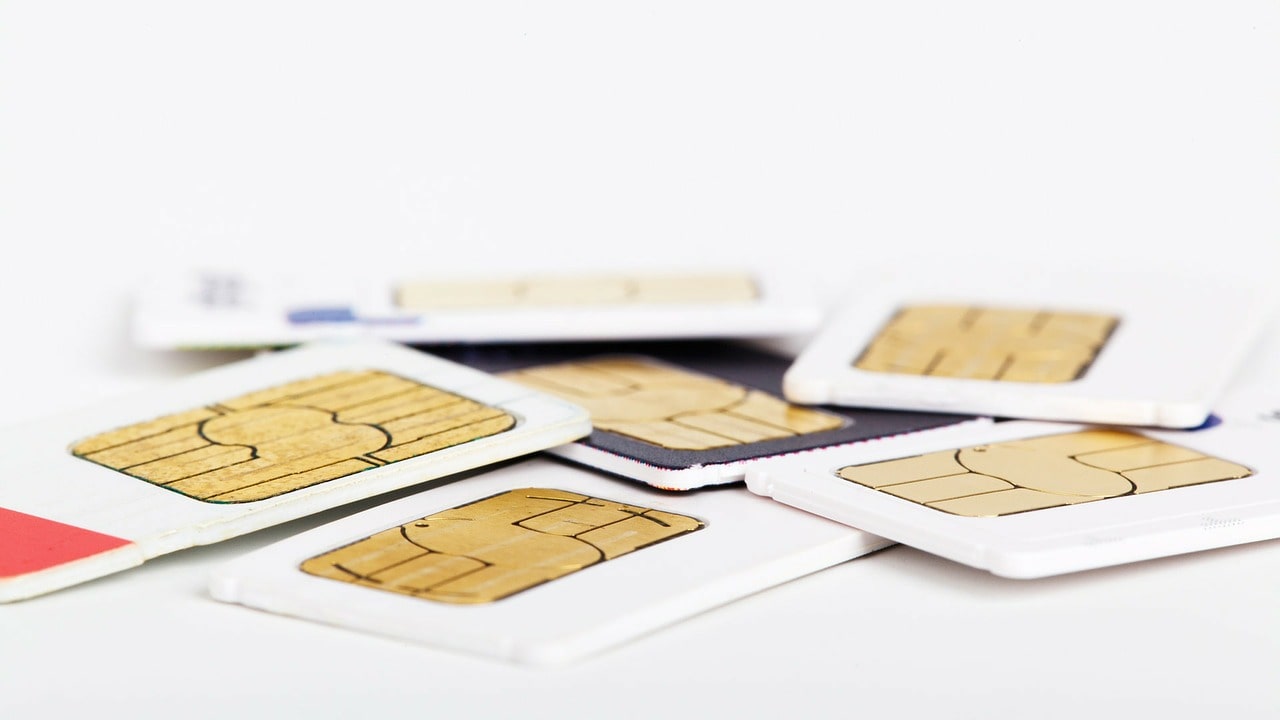 Wondering which SIM card to buy for international travel?

In this article, we’ve compared the roaming charges and policies of every major UK mobile network, including resellers, and picked out the best ones.

We’ve also explained how roaming rules and charges work more broadly, to help you find the right SIM deal to use overseas.

Below, you’ll find a summary of the roaming policies of each major UK mobile network and virtual network operator.

Or, jump to our summary of the best SIMs for international roaming. 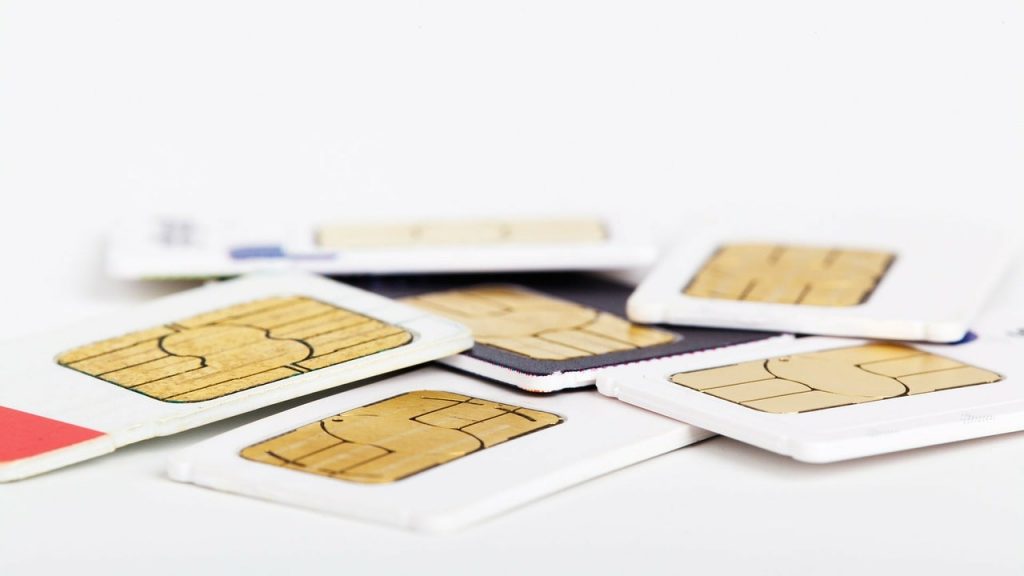 From the table above, here are the five best roaming SIM card providers, and what makes them stand out.

If you’re buying a SIM card to use in the UK and travel in Europe, BT is the best choice with their Roam Like Home scheme.

They offer inclusive roaming in 47 European countries and territories, with no daily roaming charge, and quite a generous 50GB fair usage limit. You can also use your calls and texts allowance just like you can in the UK.

Most other mobile networks charge you at least £2 per day to roam in the EU, and many also limit you to just 20-25GB of your data allowance as well. But with all BT SIM plans, you can use up to 50GB in the EU, as long as your SIM’s monthly data allowance is at least this high.

Beyond Europe, BT gives you the option of buying a £6 daily roaming pass, which gives you 500MB of data in 12 popular travel destinations, including Australia, India, the UAE, and the USA. However, it doesn’t give you the ability to make calls or send texts without paying extra.

Overall, if you mostly travel in Europe, with the occasional trip further afield, BT’s SIM cards are a great choice for roaming.

The other good thing about BT is they use the EE mobile network. This means that when you’re in the UK, you have access to the best network in the country.

Like BT, O2 also has a very comprehensive EU roaming scheme. You can use your allowance, including data, calls and texts in 49 countries free of charge, albeit with a 25GB fair usage limit on your data.

The place where O2 really stands out though is their roaming beyond Europe. They offer inclusive roaming in 27 other countries, which is more than nearly any other mobile network, with no fair usage limit.

Also, O2 has quite a useful “Travel Bolt On”, which unlocks your UK data allowance in a number of other countries for £6 per day.

This isn’t cheap, but if you’re spending a short time in a country not normally covered under any inclusive roaming schemes, it can be quite useful to help you avoid having to pay per megabyte of data used.

The other good thing about O2 is they also include inclusive EU roaming for pay as you go SIM customers, once again in 49 different destinations. In non-European countries though, pay as you go customers are quite limited – you need to pay for usage, or you can spend £1.99 for 100MB in certain European destinations, like Monaco.

Another slight downside to O2 roaming: you can’t use tethering or your hotspot when overseas. This isn’t the case with EE, Three, or Vodafone.

Vodafone is the best choice if you want inclusive roaming beyond Europe on a pay monthly SIM plan.

There is a 25GB fair usage limit, but with an Xtra Airtime SIM, you get inclusive roaming in 49 European countries, plus 32 other non-European destinations – much more than any of the other major networks offer.

Beyond these 81 countries, you can also roam in 73 other nations for £6 per day, again up to a 25GB limit. The number of different countries Vodafone allows you to roam in, without having to worry about huge extra charges, is quite good.

The downside is that Vodafone’s pay monthly SIMs with roaming benefits are quite expensive. You have to be careful to pick the right one, because these roaming benefits are only available with certain Xtra SIM plans – at the moment, it’s just the unlimited data ones with four Xtra benefits included that give you roaming in the full range of countries.

Also, Vodafone roaming isn’t great for pay as you go customers. You basically need to pay between 50p to a pound per day for 3-4GB of data usage, charged over the course of a week or so, except in Ireland and the Isle of Man.

You get free roaming in 40 EU countries, up to a 30GB fair usage data limit, which is quite good. And in India, you can use up to 10GB of your allowance each month, free of charge, plus make calls and send text messages.

This roaming arrangement is available for pay as you go customers, making Lebara quite a good choice if you frequently travel to India or the EU and need a SIM only deal.

The other good thing about Lebara is their SIM only plans are great value for money. They offer 5G speeds, as well as high data limits for a reasonable monthly cost.

However, in other countries, you probably wouldn’t want to roam with Lebara. You’ll need to pay per megabyte of data used, and you’ll likely be charged per call made and text message sent as well.

We used to recommend EE much more highly for roaming, but don’t so much anymore since they’ve introduced daily roaming charges for many customers. However, they’re still a good choice in some situations.

The great thing about EE is their flexibility. Basically, with some of their more expensive pay monthly SIMs, you get a certain allocation of “Smart Benefits”, which you can change as much as you want. When you want to roam, you can choose a roaming Smart Benefit.

With a roaming Smart Benefit enabled, you get inclusive roaming in 47 European countries, as well as five other common international destinations. You can use your calls/texts and up to 50GB of data per month, which is quite high.

Without a Smart Benefit, you can also pay £2 per day to roam, including as a pay as you go customer. This is quite good – most other networks charge about £5-£6 per day for the same thing.

The downside to EE is beyond Europe, and not including the five other countries they cover, you’ll need to pay £6.85 per day for just 150MB of data.

How to choose a SIM card for roaming 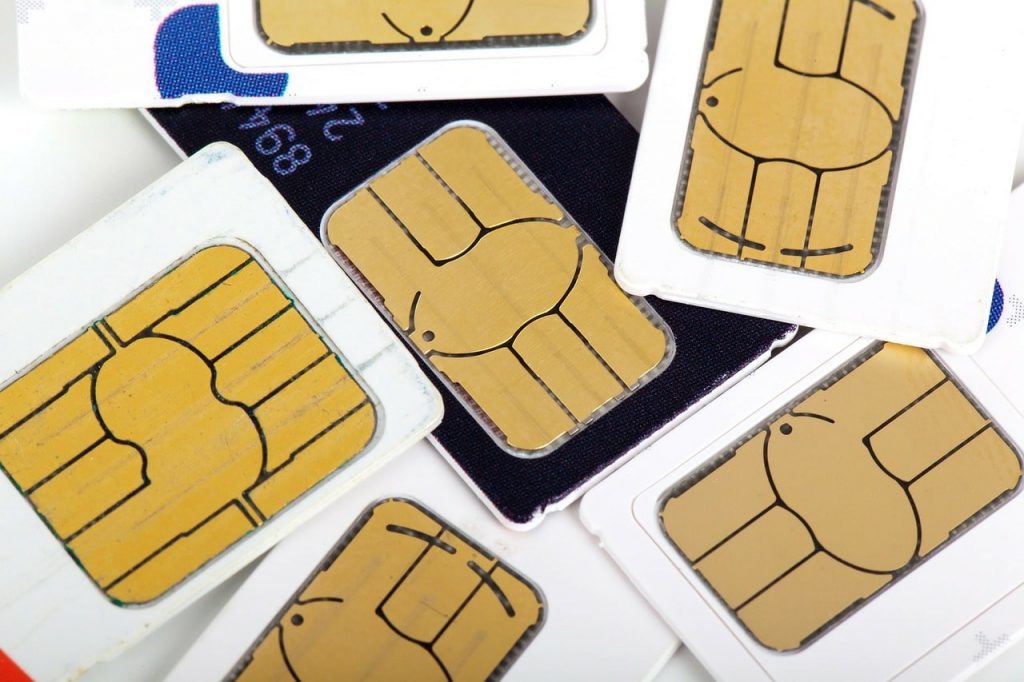 In this part of the article, we’ve explained some key things to consider when choosing a SIM card to travel with overseas.

How does roaming work with UK mobile networks?

Roaming refers to when your mobile phone connects to a mobile network in a foreign country.

When you roam, you might be able to use your data and calls/texts allowance that you have at home in the UK. Or, you might be charged per megabyte of data used, per text sent, and per minute spent on the phone, depending on your network, your SIM plan, and the country you’re visiting.

Even if your network allows you to use your allowance, they might restrict you in two ways:

This is why it’s important to choose your SIM card carefully, before travelling overseas.

How has roaming changed with Brexit? 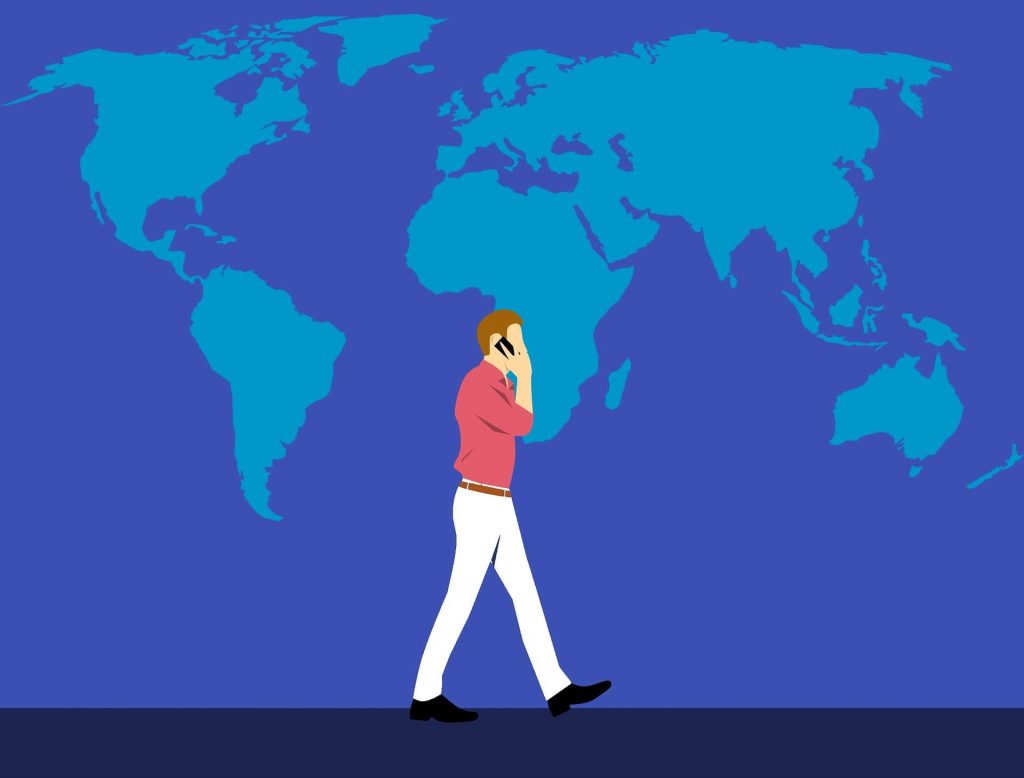 Post-Brexit, from January 2022 many UK mobile carriers have changed how their roaming in the EU works.

Before, most networks allowed you to use your UK allowance free of charge in nearly all European countries. However, since Brexit, this is no longer the case.

It’s still perfectly possible to travel Europe on a UK SIM and access your allowance, without worrying about paying huge excess usage charges. However, you need to be careful to use the right SIM, otherwise you might find yourself having to pay a daily charge, or hitting a fair usage cap.

What are roaming fair usage limits?

Most UK mobile networks have what they call “fair usage” limits for customers who roam.

These fair usage limits, especially around data, can sometimes be quite restrictive. For example, you might only be allowed to use 10GB of data per month overseas, with some providers. This is why it’s important to review the fair usage policies prior to buying a new SIM card for roaming internationally. 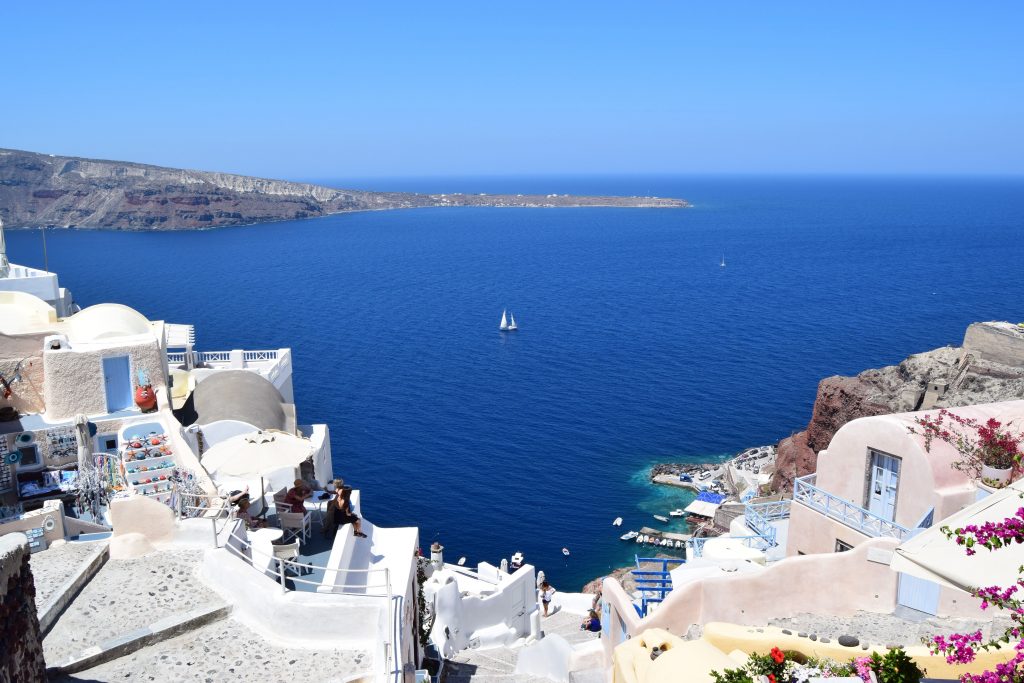 The best SIM provider for EU travel is BT at the moment, for the following reasons:

What’s the best SIM for travelling beyond Europe?

For travel to Asia, America, and Oceania, Vodafone is a great choice, as long as you don’t mind entering into a pay monthly SIM contract.

They allow you to roam in 32 non-European countries, including Canada, Barbados, Jamaica, Mexico, and the USA, with quite a good 25GB fair usage limit. However, you’ll need to buy one of their most expensive unlimited data SIM plans to get this inclusive worldwide roaming.

O2 is another good choice, as they offer free roaming in 27 countries outside of Europe, with no fair usage limits on your data.

For roaming in India, Lebara is a great option, as long as you don’t need to use huge amounts of data. They give you up to 10GB of data per month in the country, which is quite good considering how cheap their SIM deals are.

How do calls and texts work when roaming?

Most of the time, if you’re in an inclusive roaming destination with your network, you’ll have access to your full calls and texts allowance, just like at home.

As a general rule, you’ll be able to call and text UK numbers, as well as numbers in the country you’re visiting. However, it’s worth checking this as it varies from network to network, and country to country.

If you’re not in an inclusive roaming zone, you’ll pay per minute spent on the phone, and per text message sent. This can get very expensive very quickly, so it’s important to check your network’s roaming policies before travelling internationally and making calls or sending texts.

Will I get 4G or 5G speeds when roaming?

Most of the time, you’ll only get 4G or even 3G speeds when roaming.

Some networks, like O2, don’t offer 5G roaming at all. However, other carriers, like Vodafone, offer 5G in certain countries, especially in Europe.

The mobile data speeds you’ll get when roaming also depend on exactly where you’re travelling. In major cities, you might get 5G, however in locations like the Canary Islands, it’s less likely.

If your network offers 5G roaming, there’s normally no extra cost to access these faster speeds.

Can you do data tethering or use your phone as a hotspot when roaming? 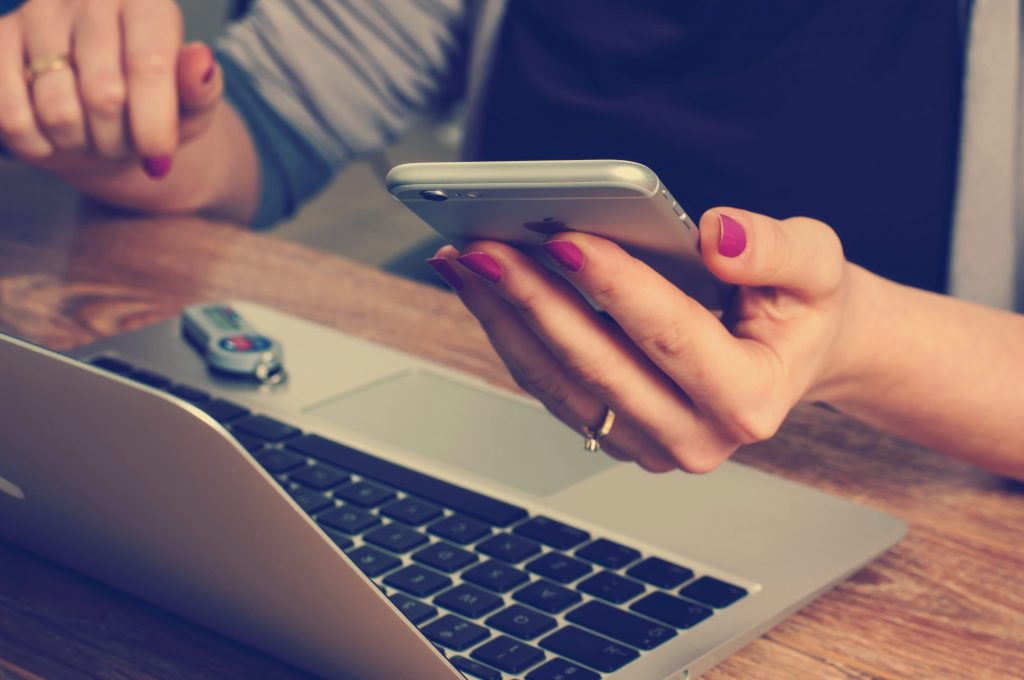 Whether or not you can share your phone’s data when overseas, such as using tethering or your mobile hotspot, depends on the mobile network you’re using.

With EE, Three Go Roam in Europe, and Vodafone, you can use tethering when overseas, but with O2, you can’t. With the smaller mobile virtual network operators (MVNOs) such as GiffGaff and iD Mobile, it varies from provider to provider, so you should check with them before travelling.

This is the end of our guide to the best SIM cards for international roaming.

Remember, the best SIM for travelling mostly depends on where you plan to visit.

For travelling in the EU, a basic SIM card with inclusive EU roaming, like what BT offers, is normally the best option. However, to roam further afield, you might need to invest in a more expensive SIM from O2 or Vodafone to get inclusive roaming in other destinations.

if you’re still not sure which SIM card to buy, feel free to leave a comment below, and we’ll respond as soon as possible.